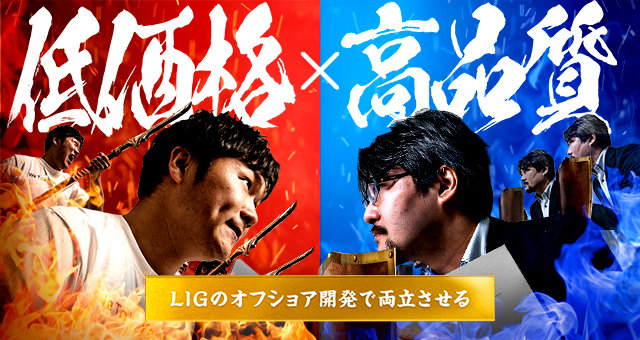 I am a modernist.

I am a fifth column modernist. My passion for jazz and film photography, for Taisho literature and for history is well hidden behind a uniform of black denim jeans and a plain white t-shirt. After all I am a designer in the world’s pre-eminent postmodern city – Tokyo. I have no personal claim to modernism. Indeed I was born to the swan song of the Soviet Union, the last true modernist ideology.

I am passionate about architecture and the city. My obsession with buildings and spaces is a recurring vice that has led me to spend countless hours wandering around cities taking photographs and exploring the path less taken.

Recently I visited Hotel Okura in Tokyo for the first and perhaps last time. Hotel Okura is a 796-room luxury hotel in Toranomon, in the heart of Tokyo, and is one of the icons of modern architecture in this city. If you did not already know, Hotel Okura is scheduled to be demolished in August this year. In its place a glass tower will be erected, part hotel, part office block – in time for the 2020 Olympic Games.

I wandered for a few minutes through the business district of Toranomon before coming upon the illuminated roof of the Okura, hidden behind a small forested park. My first impression was that the structure resembles the main hall of a Buddhist temple such as Hongan-ji or Nanzen-ji in Kyoto. 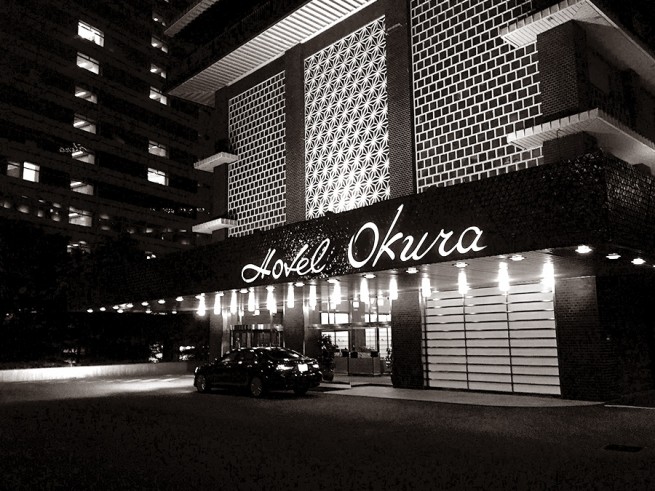 The nature of the beast is that the skyline of Tokyo is ever-changing. Buildings get torn down all the time. The building cycle in Japan is far shorter than other cities, perhaps relating to the tradition of rebuilding shrines every 20 years.

So why am I writing about Hotel Okura? 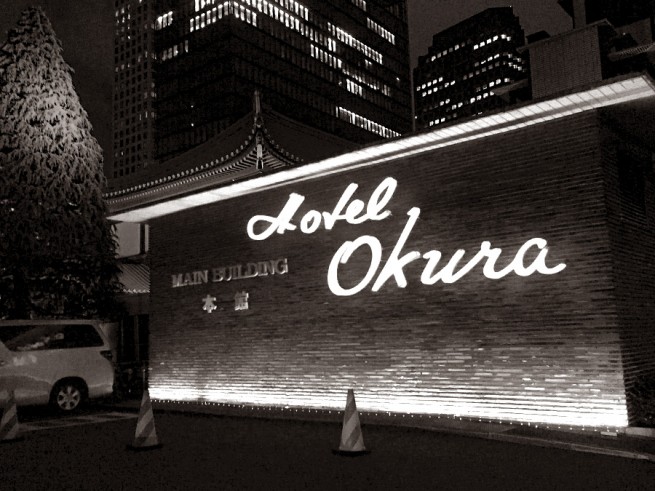 Let me tell you.

Okura defined an era. I believe Tokyo Tower, the Tokaido Shinkansen, and Hotel Okura are the three markers of the rise of Tokyo from the literal ashes of war into a modern city. Opened in 1962, Okura was the work of several architectural masterminds including Yoshiro Taniguchi and Hideo Kosaka. Okura was not an imported design like some earlier buildings, such as the Rokumeikan or the Imperial Hotel. Okura is aware of its own history. Okura fuses Japanese and Western shape, space and form. The female staff greet you in formal kimono while a gaudy wooden mosaic of the world beams the local times of various international cities. A delicately manicured Japanese garden compliments a Western-style lobby. Both Japanese and Western restaurants are numerous. 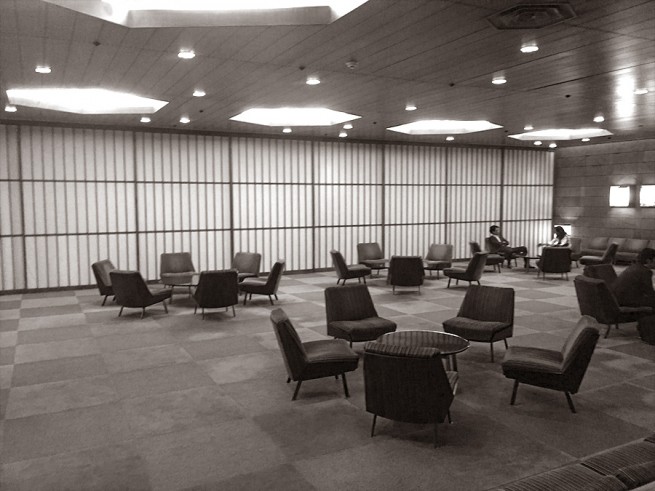 There are actually two main buildings that comprise Hotel Okura, and it is the first of these that will be demolished. The South annex building will remain, constructed in the same style as the main building in 1973, it is an elegant building in its own right. Though not a total loss, the glass sarcophagus that will replace the main building of the Hotel can not hope to derive the same meaning that the original Okura holds. It cannot. Postmodern architecture is insincere, it does not have a spirit of the people, or any nod to the story of the city. It is simply a space. 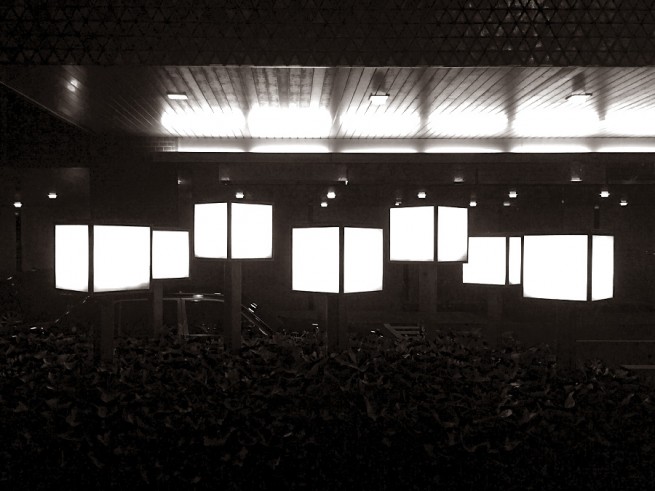 I doubt that there is much that can be done to save Hotel Okura. Perhaps the loss is lamentable, perhaps the building was a folly all along. Maybe you can add your voice to the petition to save the hotel like I did. But like the sakura blossom and the Empire of the Sun, all things must come to an end eventually. If you can visit just one more time before Okura closes its doors maybe you will understand that too.

Petition to save Hotel Okura:
savetheokura.com